Tell the Truth: Where Are You Most Productive?

Interesting post today where Steve King at Small Business Labs asks Is The Traditional Office the Least Productive Place to Work? He cites professional research and uses clear logic. But I still think there’s a catch. 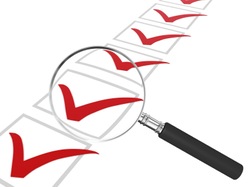 He starts with surveys indicating that people who work in coworking locations say they are more productive than working at home.

Which he follows with surveys indicating that people report working at home is more productive than working in company offices.

Which he takes to this conclusion:

This suggests that the least productive place to work is a traditional office.

But wait — coworking is working in an office with people who aren’t part of the same team, right? So working in an office is more productive than working at home, but only if those around you aren’t part of the same team? What’s wrong with this picture? I know and like Steve King and he’s a professional researcher, so it’s not a problem with the research. But could it be …