Technology vs Productivity vs Expectations, Oh My

This post title should be recited to the tune of “lions, tigers, and bears, oh my;” that is if you’re old enough to remember The Wizard of Oz, or young (at heart) enough to have seen it as a rerun. It’s rhythmic and its cyclical and it never stops.

Twitter and Facebook and LinkedIn are potential business advantages right now. Believe it or not, Twitter offers me real productivity gains. If you don’t see it yet, you will, later on. Facebook and LinkedIn do that for others (not me, but only because I can’t deal with too many different media). Businesses that manage these facilities well are ahead of the game, for now. If you don’t believe me, look at Zappo’s valuations when Amazon.com bought it. 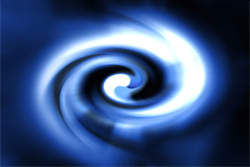 That’s the cycle: technology boosts productivity, and that boosts expectations, so we go back to the start again.

I’ve seen that same cycle for a long time now, over and over. When I started with spreadsheets, in 1980, they were so new that my use of spreadsheets gave me competitive advantage in business school. (That image to the right is a 1979 ad for VisiCalc, the first mainstream spreadsheet). Not any more; everybody assumes spreadsheets. Complicated spreadsheets don’t buy anybody competitive advantage. The same was true, believe it or not, with word processing (yes, there was a time when business people didn’t all understand word processing). Now we all assume that. There was a time when an early personal computer and WordStar software and a daisy wheel printer was a huge competitive advantage. No longer. And the same thing happened with desktop publishing. First it was competitive advantage, but then the bar was raised, and it became merely expected. And with email, and Internet websites. Technology to productivity to expectations to back to the start again.