We Can All Stop Making Killers Famous

Roseburg last Thursday, an hour south of where I live. Charlotte, Aurora, Lafayette, Newtown, and on it goes. As a society, we go on and on, bemoaning these mass shootings. But we don’t do anything about it. Congress does nothing. Local legislatures do very little. So we just hate that it happens, and go on, bracing ourselves for the next one.

But wait – there is something we can do to make these things less likely. It doesn’t take laws, just agreement. And our society has done the exact same thing before, related to rape victims and minors. So why the hell not? What’s wrong with us?

This could happen. There is precedent for it: Media don’t publish names or pictures of rape victims. Thank God for that. And it was done by general agreement, and there is no downside; everybody wins. Free press isn’t compromised when it’s a voluntary restraint. So too, media could agree not to publish the names or pictures of these killers. We don’t have to pass a law about it (although we ought to). We just have to make it the ethical norm. 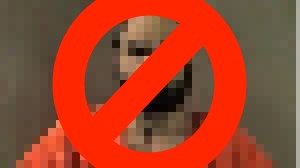 All we really have to do is agree, enough of us, vocally enough, on this simple rule:

What we’d get from that is a reasonable chance to change the equation the next time some sick person gets the impulse. Obviously nobody knows what strange combination of factors converge as a person commits these horrific acts; but there’s an obvious possibility that one of the influencers is getting worldwide attention, being famous, being a celebrity.

We all know the strange power and attraction of celebrity. And we can all guess how that influences the killers.

With some of these killers, it’s not just 15 minutes of fame; it’s forever. There are serial killers who are better known in our society than some great leaders.

We could change that part of the equation, all of us, by getting together and insisting:

So what do we do? We join up. We start saying it. I’ve never been a movement kind of a person, so I don’t know how we get going; but maybe you do. Where to we start the petition? How do we organize it? If you think it’s a good idea, then help me get going on this.

And what about a hashtag? #nofame4killers is the best I can come up with. Can we do better?