I believe that developing your own business is ultimately a matter of doing the work, getting the store open, returning the phone calls. And I fear that too often people fall into the myth and mystique of the startup and end up doing just the opposite. They are always waiting, never working. This is the story of a startup addict.

I haven’t seen Ralph (not his real name) for several years now. Rumor has it that he finally did get a company going. He built it to sales of a few million dollars a year. Then he fought with the programmer whose work got them started, and fell from grace. 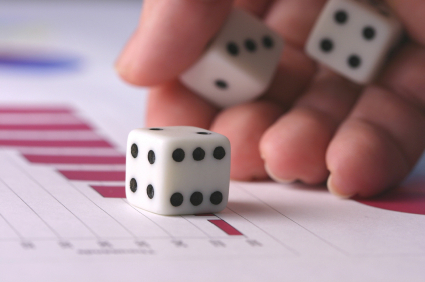 Ralph was a serial non-entrepreneur. We worked together off and on for about six years. During that time he was never not working on a business plan for a new startup. He was going to get financed. “Business Plan” to him wasn’t just planning a business, it was a lottery ticket to a carpeted office and big BMW and somebody else answering the phone and making the coffee. He spent years working on one business plan after another, none of which ever got financed. He was a business plan addict, living on the dream of hitting it big, always looking for the big win, but never actually taking small steps in the right direction. Nothing could happen until he “got financed.”

Like the gambler that never leaves Las Vegas, Ralph was always hoping that the next one would be the big one.

That phenomenon is the main reason for this post. There are people who constantly look ahead to when they get financed. They are always working on the next plan and the next pitch, but never actually do anything.

On the other hand, Ralph was 10 years older and had more industry experience, so he did some mentoring. For example, at one point we worked up a  business plan for assembling generic business computers in Mexico City (that may sound random, but I had lived there for 10 years and was returning to live there again). He was to be my partner in the Silicon Valley, and I was going to build the business in Mexico. As part of that plan, he taught me, step by step, how to build my own computer. Do you remember the S-100 bus and the CP/M operating system? I built my own.

His best advice for me was extremely valuable: “Sell boxes, not hours.” Ralph liked pithy entrepreneur-folk wisdom like that.

Unfortunately, that one, like so many others, never launched. From what I heard later, Ralph finally did get something going after I had moved to Oregon. His business had several million dollars of annual sales back when that was a lot of money. We drifted apart so I don’t know for sure, but mutual friends tell me that the propensity for luxury offices and big-company perks hurt a lot. He turned his business into one of those Nova-star affairs that crashed and burned in three years. There was also a rumor that the crashing had something to do with questionable legal moves that were unfair to a partner who had done the programming to get them started.

This true story is in this blog mainly for several actual business points: