Any Time, Any Place But Not on the Freeway

I admit it. I’m a hypocrite. I worry about global warming, and people, and how much humanity we waste every day in large cities all over the world with people stuck in traffic, moving their physical bodies from their homes to their offices, and back. I believe in the abstract in telecommuting as a good idea for not really saving the world, but delaying slightly its descent into chaos and destruction. So why am I a hypocrite? Because my own company discourages telecommuting.

I don’t think I’m atypical. There are a lot of times when running a business means compromising with some extremes.

In my defense, we’re in Eugene, Oregon, a college town of 150,000 where the commutes are way easier than in any freeway-clogged major urban area. Some of our people live outside the town 20 or 30 minutes away, but most of have fairly short drives, five or 10 minutes.

I paid my dues with commuting through heavy traffic (nine years in Mexico City, and 12 in Silicon Valley) so I’ve been sympathetic to the idea of telecommuting for years. For whatever reason my memory has stamped forever a time I was sitting in a taxi in Tokyo traffic, in the early 1990s, thinking about how much humanity was wasted every work day, in larger cities all over the world, sitting in traffic. 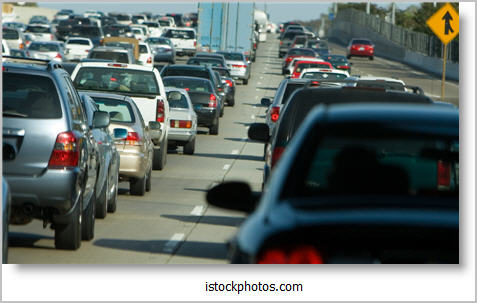 What brings this to mind today, with thanks to Steve King of Small Biz Labs for the tip, is  ABC News covering the virtual office and (implictly) telecommuting with a piece they called Any Time, Any Place Management. What’s interesting to me isn’t the story itself — hey, most of us have known about telecommuting for a long time now — but rather the recognition in the mainstream. ABC is noting that larger companies (they use IBM as an example) are opening up to this, bringing it into the mainstream.

Back then, stuck in traffic, maybe 15 years ago now, it seemed to me that this was an unrecognized major problem facing the urban portion of humanity, a problem that needs solving. At the time I was consulting extensively with Apple Japan, doing a lot of work from my office in Eugene OR, using email and telephone. I did have to go to Tokyo about one week a month, though, and I didn’t like it. I particularly didn’t like getting from one place to another in Tokyo when it involved any means of transportation other than walking or subway. And, for that matter, subway in non-rush hours.

I solved my commuting problem by moving to Eugene OR (subject of a recent post on this blog) but that didn’t make me forget how bad it was to lose a couple of hours a day to traffic. However, here comes the compromise. In this company we like to have our people on our team together during the day, in our one location, mostly a bunch of cubes. We like the instant communication involved, the immediate contact, the sense of team. Programmers talk to other programmers, and marketers talk to other marketers.

Years ago we tried working with programmers in Pakistan, and although the people were competent, the outsourcing didn’t work well for us because they were on the other side of the world, asleep while we were awake.

It does make a lot of sense for a lot of reasons. Think about trendy for a second, the problem of global warming for example, and then if some of the smaller things we do makes a difference, how about taking a significant percentage of people off of the road — less fuel, fewer emission, aside from the wear and tear to the human spirit. Sure, telecommuting doesn’t work for a lot of jobs like retail sales clerk or construction workers or traffic cops, but what percentage of the work force doesn’t really have to go from one place to another to work? I used to think about that when caught in traffic. There should be a campaign, a global building of awareness, I thought.

One roadblock was the idea of acceptance by employers. Does somebody working from home contribute as much to a company as the poor commuter who moves the physical body from home to office and back again every day? Now, today, this ABC news story is a reminder that mainstream employers are increasingly more likely to accept the idea, and, back in the real world of small business, I’m not. Not, at least, except for some special cases and special circumstances.