Is the MBA degree worth the time and money? I just caught another one of the every-so-often articles that uses economic analysis to show that an average MBA degree doesn’t offer enough incremental money to pay for the income lost plus the expense of getting the degree.

Although it’s a cheap trick, the analysis is amusing. One of my professors did the same thing many years ago when I was in business school. It assumes that two years of lost income plus two years of living expenses plus books and tuition will cost more than the incremental salary increase the MBA degree means for the rest of a career. It’s not a hard analysis to do. 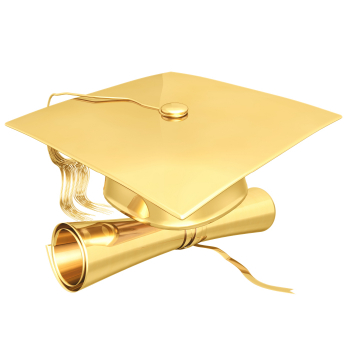 This same analysis has appeared in the media every so often for at least the 30-some years that I’ve been watching, and maybe longer. These days of course it’s as likely to appear in a blog. I think it reappears because it’s not only amusing, it’s also contrarian (always good for media), and there’s something peculiarly satisfying about using classic MBA-like analysis to pop an MBA bubble. It’s man bites dog.

However, amusing or not, the analysis is aimed wrong. In my opinion, education isn’t about money. It is about thinking, learning, asking, and understanding. People who study business seriously should do that because they’re interested in it, not simply to get a higher salary.

Does that make sense? Can the study of business be academic, in the better sense of the word, like the study of literature, philosophy, science, engineering, and so on? Or is it necessarily a career step in the same sense as law school, or accounting?

Education should improve your power to choose and manage your life, which should mean more money, but it shouldn’t be measured in salary alone. Do you care what you do? Are you interested? Do you want to have a better analytical understanding?

If high school didn’t measure up in dollars, would you wish you hadn’t gone? Would you not send your kids? What about a college education in anything but business? Is a literature degree (I own one) a bad investment? I grew up in the fifties and sixties when the United States was in the cold war and the space race and education was skewed towards science and engineering. Even then, competition notwithstanding, we still had lots of people in liberal arts. And, looking back, those educations were never meant to be measured in money.

Is business education an oxymoron? Can business be taught in a classroom? Good questions. I’ve posted here several times in the past on MBA topics .

When one of my daughters started at Whitman College in 2000, college president Tom Cronin told an auditorium full of parents that his institution was about education, not learning a trade. “That’s why we don’t teach business, or accounting,” he explained. That’s an interesting viewpoint. Can there be education about business, or is all business education learning a trade?

I’m father to five people, all of whom went to college, none of whom majored in business. When the subject came up, I advised them against a business undergrad degree. I told them to get “an education” first, during the four undergrad years, and leave business for later.

Maybe we should call the “A” in MBA “analysis” instead of “administration.” Maybe the MBA degree is to business what a literature degree is to creative writing. If that’s true, then you’d think the MBA curriculum would be for people who want to learn about business, investment, starting companies, managing people, managing organizations, group behavior, teamwork, and so on.