This is interesting: Harvard Business Review just published some research on how large-company female CEOs reached the top. The authors looked at the career paths of 24 women who head Fortune 500 companies.

They do say they were testing the standard assumption that these women took “the most competitive business tracks, like investment banking and management consulting.” 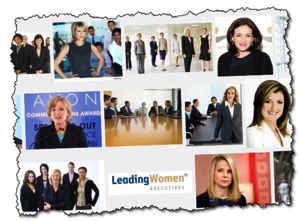 It turned out, however, that the standard assumption wasn’t particularly accurate.

Most women running Fortune 500 companies did not immediately hop on a “competitive business track.” Only three had a job at a consulting firm or bank right out of college. A larger share of the female CEOs—over 20%—took jobs right out of school at the companies they now run.  These weren’t glamorous jobs.  Mary Barra, now the CEO of General Motors, started out with the company as college co-op student.  Kathleen Mazzearella started out as a customer service representative at Greybar, the company she would eventually become the CEO of more than 30 years later. All told, over 70 percent of the 24 CEOs spent more than ten years at the company they now run, becoming long-term insiders before becoming CEO. This includes Heather Bresch at Mylan, Gracia Martore at Gannett, and Debra Reed at Sempra Energy.

Even those who weren’t promoted as long-term insiders often worked their way up a particular corporate ladder, advancing over decades at a single company and later making a lateral move into the CEO role at another company.  This was the experience of Patricia Woertz, CEO of Archer Daniels Midland (ADM), who built her career over 29 years at Chevron.  And it was the experience of Sheri McCoy, who became CEO of Avon after being passed over for the CEO role at Johnson & Johnson, where she worked for 30 years.

I was glad to read that the authors conclude with some inspiration for women executives:

… the notion that regardless of background, you can commit to a company, work hard, prove yourself in multiple roles, and ultimately ascend to top leadership. These female CEOs didn’t have to go to the best schools or get the most prestigious jobs. But they did have to find a good place to climb.