Q&A: Is This Partner Arrangement Fair?

I get these emails, summarizing one side of an argument, asking me to guess or comment on fairness. For example, in an email I just received, the one asking me has worked for 18 months “with significant intellectual contribution.” He’s apparently resenting the other partner, who has shelled out $560,000 and wants a guaranteed payback before other partners get it, and ends up with 65% ownership. The question: 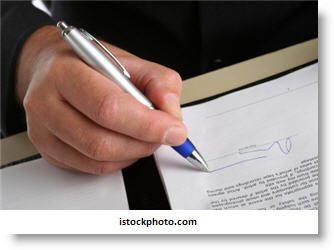 I can’t even start to answer that without asking questions first:

My advice is to get professional help. Ideally you find somebody you can both trust, with some professional qualifications and experience, and talk it through. Make sure that person understands business, business law, and small business.

There are people who have licenses and professional qualifications to call themselves mediators. Pay somebody to help you solve this.

What I particularly hate in this context is when people spend the time and do the work and develop the business without spelling these things out, and then, when it’s way too late, discover that they had radically different ideas about who owns what.

My first instinct is to go with the money. The one who put in all the money deserves all the ownership. That’s simple enough.

On the other hand, if two partners agreed that one would earn ownership by working for free or less than market rate, then that can equate to money. Or if one contributes existing intellectual property such as written material or software code, that can equate to money too. But that should be spelled out and agreed upon before you start.

And I personally don’t believe having had the idea, or not, matters. Ideas have no value. Work has value. Creative work and patents have value. Content has value. And money has value. Ideas don’t.

To me this is yet another example of why I’ve said, and written, over and over again, get it in writing. Not necessarily all legalese like a contract, but at least the basic points of agreements, with signatures. Here‘s what one lawyer (and I’m not a lawyer, so don’t think I’m giving you legal advice here) says about that:

It goes without saying: the best way to deal with a botched verbal contract is to avoid the whole mess in the first place. Get it in writing. People remember things differently. People don’t remember. People lie.

Get it in writing. And then stick to it.