This is a problem I’ve struggled with for more than 20 years: ideally, does product development lead, listen, or both? Is the ideal developer a crabby older sibling who knows better, or a compliant servant? Do you build what’s good for the customer, or what the customer wants? 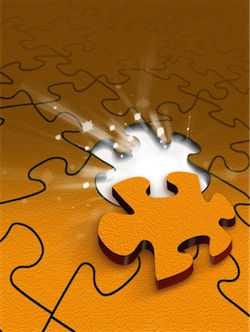 They aren’t always the same thing. Think about how software becomes so feature-rich that it slows to a crawl and drives its users crazy. Isn’t that because developers listen to customers, and every customer wants some additional bell or whistle, so they add them all in? Think about leading word processors and spreadsheets, and all the different things they can do.

A few years ago I wanted to publish a presentation tool (software) that wouldn’t let its users do boring bullet point text-filled slides. It would have defaulted to a big graphic and a title for each slide, and allowed occasional very big type-size bullet points, so only a few would fit. I couldn’t get that idea to fly, so I dropped it.  How were we going to tell people they couldn’t add more text?

Returning to the United States to live in Palo Alto in 1981, after 10 years living in Mexico City, I looked for the occasional high-end Mexican restaurant offering good Mexican food (such as real ceviche, to name just one menu item) instead of greasy stereotyped burrito stuff. I talked once to an entrepreneur who tried. “The buying public won’t let it happen,” she said. “People think of Mexican as cheap and greasy, not good food.” (Happily, this has changed somewhat in the 20+ years since; I had real ceviche at Ola in Miami and at Cevicheria La Mar in San Francisco last month. Both are good restaurants.)

So here’s the question: what are you going to do? Listen to customers? Lead by giving the world what it needs, whether it wants it or not? Or both? Which is more successful? Which is more satisfying?