What Happened to Mainstream Journalist Ethics?

Question: Where are journalist ethics these days when we need them as much as ever? 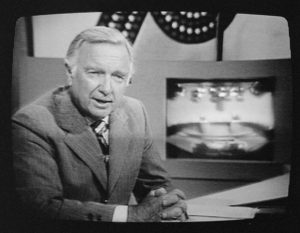 My answer: Real journalists are trying as hard as ever. The tradition of journalist ethics is strong inside the profession among those who are still operating as reporters of news. News values, the goal of objectivity, the need for facts and quotes, the ideal of objective truth lives on. They teach it in schools and the pros pass it on from one generation to the next.

When I look at what comes out of AP, Time, major network news, CNN, and MSNBC these days I see a lot of people trying to report the news as best they can. I see them respecting the difference between fact and opinion, trying to distinguish the one from the other, and trying to report as close to truth as they possibly can, looking for evidence to establish what’s true.

Journalist Ethics vs. So Much More Noise

But they face a lot more dissonance than they used to. There is tremendous competition for attention now, from…

Citizen news and social media in general. Twitter can literally supplant the professional journalists in some kinds of breaking news. Think earthquakes, hurricanes, crime. Cellphone videos spread on social media are eye-witness accounts on steroids. Instant news is real and its often quicker than professional news and just as true.

Agenda-driven social media in particular, the scourge of real reporting.  Like the social media deluge that may have affected voters in the last U.S. presidential election. And also brand-driven content marketing that looks like feature stories. We are in a world of competition for attention, and legitimate news reporting has way more competition than it used to.

Agenda-driven opinion masked as news. It acts like news. It competes with news. It started in the middle 1990s with the rise of Fox News. Now we have journalism driven not be traditional journalistic ethics but by political opinion acting as if it were news. So, for example, polls show tens of millions of people still, in 2017, believe something as obviously false as the birther allegations against former president Barack Obama. And just last December a poll showed that 49% of those polled believed ‘leaked email from some of Hillary Clinton’s campaign staffers contained code words for pedophilia, human trafficking and satanic ritual abuse.’ (Source: Polls reveal sobering extent of nation’s fact crisis.)

Radical change in the underlying structure of the business of news. For most of the second half of the 20th century, news was paid for by advertising. To maximize the revenue, news had to stay in the middle and bring in people from both sides. Walter Cronkite and Huntley-Brinkley and their peers needed to stay balanced, honor facts, and stay as objective as possible to maximize the audience. Fox news changed that. And now the business model is changing, as advertising is less important, the audiences are bigger, and appealing to tribes on right or left is commercially attractive. Reporters in several major news outlets are paid according to social media engagement, not traditional measures of good reporting.

Where I’m ‘coming from’

I was a reporter and foreign correspondent with United Press International three years and McGraw-Hill World News for five years. I have a master’s degree in Journalism (with honors). Decades ago I switched careers for software and entrepreneurship. But I continued to follow journalism as columnist, and, for more than 10 years now, blogger and follower of, and writer about, social media. I write a column in my local newspaper. And I’ve had a daily news habit, reading the news, following the news, for 60 years.

Source: This is based on my answer, in Quora. The question is Are modern journalists as concerned with objectivity and factual accuracy as they were in the past?.