Headlines: Naked, Vicious, Brutal, and So Forth 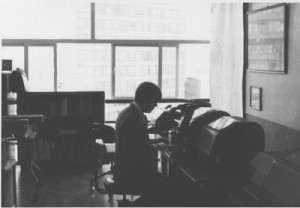 I was 26 years old. Married, already a father, but still, so young, and so full of illusions. I still thought – although I was starting to wonder – journalism could be about changing the world for the better. And not at all ready to accept the truth as Matt Kenny presented it to me that night, beer in hand, in a bar in Mexico City.

“Tim,” Matt said, “you have to learn about 50 words that will almost guarantee you play in the papers.” He swallowed. He looked at me and frowned. “But first I have to warn you,” he said, shaking his head, “you’re probably not going to like it.”

He swallowed again, then started listing the words:

I can’t remember them all. Using these words, and combinations of them, Matt told me, would guarantee much better readership. Headlines with these words beat all other news stories.

This was in 1974.  Matt Kenny, 50-something, gray hair, glasses, and quick to smile, was day editor for United Press International in Mexico City. I was night editor. Matt had been with UPI longer than I’d been alive.  We were at that bar together that night because I Matt was a nice guy, a teacher at heart, and I was annoyed at him. So he took me out for a beer, to explain. To teach. And what he taught me 44 years ago is still true today. It’s true about headlines, readership, traffic, and people. Matt’s 50 words still work.

I was annoyed at Matt because a few days before he had rewritten my lead about a Kon-Tiki-like raft trip arriving on Mexico’s Caribbean coast. I covered the story live, from Cozumel, and Matt handled it on the desk. It was a scientific expedition, a social science experiment, or so said the adventurous organizer. I wrote a lead focusing on the science, the experiment. Matt rewrote my lead to emphasize “suntanned bikini-clad” women and the co-ed journey across the Atlantic Ocean on a raft. He took the science out of it, and replaced it with the sex.

United Press International, alias UPI, was a wire service with generations of history as the “other wire service,” the competition to Associated Press, AP, which still lives today. Mexico City was an outpost. We filed stories from Mexico City to the New York editors. The system gave the editors in New York our first sentence only, as they scanned new stories coming in. From that one line they decided whether or not they wanted to see the first paragraph.

Matt was right, of course; I didn’t like it. And he was right about headlines. Matt Kenny was not unhappy or bitter or cynical or even hard-boiled. He was a pro. He did his job well. Matt’s 50 words don’t tell us anything about him — I liked him a lot, was proud to work with him — but they tell us a lot about us. I’ve seen it over and over in the years since. I see it in the coverage of politics, news, and life in general, not just in news media, but throughout social media. And in email subject lines too. That’s who we are. It’s not the media; it’s us. Now, about violence and the primary elections … do you think this is related?

(Image: that’s me in the picture, in 1972, in the UPI Mexico City Bureau, photo by David Navarro)