I’ve been meaning to post about this for a couple of weeks now, ever since somebody tipped me off to Gentle Nudges Work to Get People Exercising on WSJ.com. That report cites research showing that regular reminders helped people get regular exercise. Phone reminders from real people worked better than computer reminders. And both kinds of reminders worked better than no reminders. And people exercising in teams were more consistent than people exercising alone. 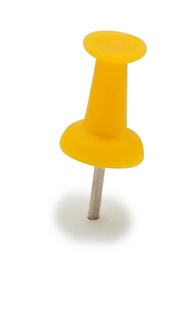 I’ve often compared business planning to nutrition and exercise. It’s a process, related to good and bad habits, properly applied over a long term; not a sudden burst. And people who cite the misuse of the business plan document as an argument against good planning are using the same faulty logic as people who cite starvation diets and running a marathon without training as arguments against nutrition and regular exercise. In all three cases, what works is the long-term consistency instead of the short-term burst. Good business planning is like regular exercise, not like running a marathon all at once.

Here’s a snippet of the WSJ report:

In the Stanford study, 218 people were divided into three groups. [For a first group], a Stanford health educator called her and other members of her group every three weeks, on average, for a year to ask about their compliance and to cheer them on. A second group of participants received calls not from humans but from a computer programmed to make similar inquiries.

Think about that related to business planning. Regular reminders worked. The goal was consistency over time. Real business planning for real entrepreneurs and small business isn’t a matter of creating a big formal business plan, but instead, setting goals and metrics and tracking and following up with management and steering. It’s a planning process, not a plan. While the thinking and insight in developing a plan can be valuable, the more more significant value comes from the process of the plan review and tracking and course corrections that follow.

In my writing, my workshops, and whenever I get a chance, I say start a business plan by doing a review schedule first. That’s a good way to establish, from the beginning, that the plan is about planning, and it’s a process, where the value is consistent application of plan review and course correction over the long term. Consider that a kind of pre-scheduled reminder system.

If you’re serious about building or growing your business, build in the business plan review meetings from the very beginning. And remind all the team members. And stay true to that process, so you meet once a month to review and revise the plan.