Free is Fashionable, But Still, Beware of Free Lunches

I’ve been thinking about this Free business a lot. There’s Chris Anderson’s book Free, and the debate around it. There’s free content everywhere. I find great free photos on Flickr. And I read free blogs every day. 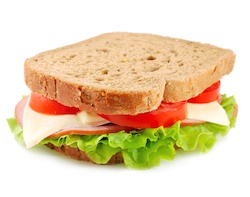 It’s not like free is all that new. I grew up with free radio and television, funded by advertising. And the free prize in the Cracker Jack package. And free weekends for people naive enough to think they weren’t just an opportunity for sales pitching the condos. Free drinks, free lunches, and free seminars were never really free.

I compete against free. Since 1995 I’ve made my living with software that’s for sale, not free. It gets pirated a lot. And it competes with a lot of free stuff.

And I market with free. My company’s business plan resource site  Bplans.com is free. My last book, which sells in bookstores and Amazon.com as a book, is also free for reading from start to finish at PlanAsYouGo.com. I’ve done about 2,000 blog posts since 2007, all for free.

Still, today, in this new world, you have to be able to distinguish real free, like a great photo on Flickr, from fake free, like a free seminar that’s a veiled sales pitch.

So sure, there’s occasionally a free lunch for a good reason. Free samples make for future customers. But don’t take it at face value. Figure out why it’s free.