This will be hard for anybody under 50 to believe, but there was a time when word processing and spreadsheets were a real productivity advantage.

Are you old enough to remember Visicalc, or maybe SuperCalc? In the very early 1980s, most business people still did budgets with paper and calculator. The spreadsheet power user was way faster than anybody else. It was a great secret weapon for early adopters. It was a huge productivity boost.

Now, of course, we take it for granted. People throw multi-worksheet budgets around like nerf balls. If you’re not done in an hour, well, what’s wrong with you? 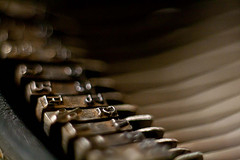 It was the same back then with word processing. Are you old enough to remember WordStar? That was power when the competition was working with typewriters. Now, you write fast … so what? So does everybody. Go write your big email and come back in 10 minutes.

Then came desktop publishing in 1985. Can you remember Aldus Pagemaker and the first Apple Laserwriter. It was amazing. Any one person could compete with the graphics department.

And slides? There was Aldus Persuasion, replaced later by Microsoft PowerPoint. When I was with McKinsey Management Consulting back in the early 1980s our office had more graphic artists than consultants, because they had to produce the slides that amazed the clients. How long has it been since anybody was amazed by a slide deck?

Do you see what I mean? At first it’s slick and powerful, doing something way faster than the old way of doing it. And that’s productivity at its best. But soon the advances are taken for granted. The bar of expectations goes up, and you spend the same amount of time.

Does All Of This Improve Productivity?

That’s an interesting question. Ten years ago I would have been tempted to say no, that it hasn’t improved productivity.  More recently I’ve changed my mind.  Running a company makes me sure that we benefit from the power of more detailed budgeting, and running through the daily process of management makes me pretty sure that business documents are generally better communicators with desktop publishing than without.

One response to “Folk Wisdom Reversal: Necessity Isn’t the Mother of Invention”