A Drop of Credibility in an Ocean of Experts

In an ideal world, saying no to one thing makes you more credible when you say yes to another. Telling a caller the truth about what your product doesn’t do makes them more likely to call back when they need what it does do. Turning down one kind of consulting job because you’re not expert enough makes you that much more credible when you call yourself an expert in something else later on.

I’ve really enjoyed the power of no in the past. No, our software doesn’t do that, it does this instead. And no, that’s not the kind of consulting I do. It’s a good feeling to say no during a sales call.

The world we live in, however, is not that ideal world. A lot of those customers don’t come back for what you really can say yes to.  A lot of them go somewhere else, settle for something else, and their itch is scratched, and they’re done. 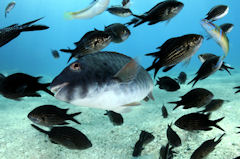 I’ve never forgotten the hard lesson I learned in 1985 when I turned down an invitation to speak at COMDEX, the then-big PC industry show in Las Vegas, on PC industry trends. I’d been an industry trends follower previously, but had been concentrating on business planning for a couple of years. I attended the show for a client, looking at trends for their business plan, and attended the workshop I would have given. To my dismay, the guy who did it presented nothing more than what anybody could read in the trade magazines the week before. And to my further dismay, the audience seemed to like it. My turning down this opportunity was my paying homage to a standard of professionalism that apparently no longer existed. And nobody cared.

Last week Matthew Scott (MatthewRayScott on Twitter) sent me back to that memory with his very interesting eight-minute reflection on expertise, on his blog The Strategic Incubator. He called it Social Media Experts + Irrelevance.

His eight-minute audio post is about turning down what would have been a $21,000 engagement conducting workshops on Twitter and Facebook about marketing because he didn’t consider himself “expert” enough. And then discovering that the person who ended up doing it was probably way less knowledgeable than he is. And younger, with no visible track record in marketing, and not nearly as visible in Twitter.

Matthew, on the other hand, is a successful marketing/strategy coach who’s really good at Twitter (in my opinion). He should publish a collection of his “note to self” tweets as a book. He’s also a veteran of actual management in big companies, and a former military officer, a good writer, and a good thinker. And I don’t think he should have turned down that job, because, well, if he isn’t an expert, then I don’t know who is.

But in his thoughtful podcast on the subject, Matthew says:

“I had to turn it down because I’m not an expert. … and how the heck is this person going to stand up and deliver a message in which they have credibility?”

He ends up dismissing his own question, as:

And that’s the problem – who is an expert? Who gets to be the expert in these things? Is there an age requirement? Success requirement? Some minimum number of Twitter followers, Facebook friends, or blog subscribers? Last month I posted this post tracking a blogger who complained about social media experts without sales or new product launch experience, and then this one suggesting that expertise comes from more than specific middle management experience. I think these are real issues, without good answers.

What we’re calling social media is a new phenomenon. It’s very hard to measure expertise. I have to admit that I’m very impressed with blog subscriber numbers, less so with large numbers of Twitter followers, but at least that’s a metric. And they don’t publish revenue stats like they do the winnings of pro golfers or tennis players. And Twitter, particularly, is a virtual ocean of people who are putting expert beside their names and are getting by with it.

Too bad Matthew, you should have taken the money. The conference and its audience would have been better off.