Frankly, I don’t normally associate TechCrunch, probably the world’s best-known high-tech-new-stuff blog, with thoughtful reflections on entrepreneurship; much less so with “God is your co-pilot.” Still, there it is: there’s an excellent post called God is Your Co-Pilot, and Stuff that Piggy Bank, on TechCrunch, with good information and food for thought about entrepreneurship. 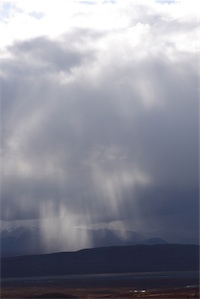 The post is by Vivek Wadhwa, “entrepreneur turned academic,” who teaches entrepreneurship at Duke (and elsewhere). Early on, he says:

I’ve never been religious myself and have always believed that with hard work and determination, you can surmount just about any obstacles. But I also learned the hard way that you can do everything right and fail. Sometimes you do just about everything wrong and make it big. My belief: success is 51% luck and 49% execution. You need to execute with precision, but a little luck goes a long way. It is always good to have God on your side.

Writing about new research titled Making of a Successful Entrepreneur, he says:

Nearly all (96%) said that prior work experience was an important factor in their success and 58% ranked this as extremely important. The vast majority (88%) said that previous success and failures were important. But lessons from failures were judged as extremely important by more respondents than lessons from success. That’s right, those that had experienced failure valued it more highly than their successes.

Like all such studies, this one too is flawed, but nonetheless interesting. Flawed because, if for no other reasons, it’s about successful entrepreneurs with surviving companies, not everybody who tried (survivor bias, again, as in some of my recent posts on this blog). But it’s still interesting. Among some high points (quoting from the TechCrunch post):

So where does luck come in, you ask? Read the post. For my part, I’m superstitious, so I’m not going to deny luck for a second; that would be tempting fate.