Economy: Shut Up and Help

These are unusual times.

I’m dismayed and frightened by the venomous divisiveness surrounding presidential politics, attempts at recovery, stimulus, and bailouts. Is it not obvious that the whole world is threatened by an economic catastrophy at a scale suitable for a major disaster movie? Is it not obvious that this country, which, public and private sector, Republicans and Democrats, greedy, spendthrift, immediate gratification-sated for decades, played a lead role in getting us into this mess,  now has to play a lead role in getting us out of this mess?

This is not the time to play politics and look for what to criticize in emergency measures that are trying to keep a sinking ship afloat. If the new president is wrong, there w 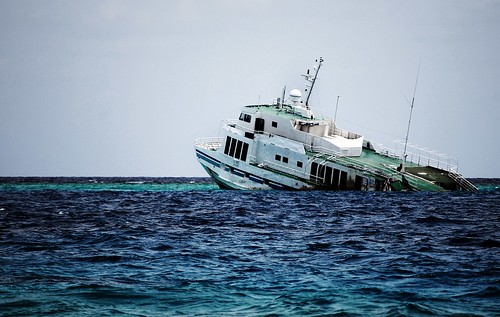 ill be time later to analyze and criticize and evaluate. Right now, though, the whole damn ship is sinking. We should be helping, not arguing. We can argue later.

I’m not an historian by any means, but I’ve been watching the world and particularly this country for a lot of years, and I’ve never seen anything like it. A new president inherits a perfect storm of collapsing banking system, mortgages, stock market, major industries, and skyrocketing unemployment. And it feels like three out of every four talking heads want to complain that he’s doing the wrong thing to get us out of it.

Why don’t we take every one of those talking heads and ask them to show us some good faith. What are they going to do to help? How much did they influence the sub-prime mess, or the deregulation of derivatives and the banking system. Let’s listen to the people (if we can find any) who were trying to pull things back to sanity before the whole thing blew up on us.

It’s hard to write about my normal topics while this is going on.