Double Your Productivity with Real Focus

According to the emails and comments, Tony Schwartz’ post The Magic of Doing One Thing at a Time on the Harvard Business Review is getting a lot of attention this morning. He says: 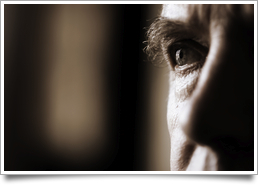 Tell the truth: Do you answer email during conference calls (and sometimes even during calls with one other person)? Do you bring your laptop to meetings and then pretend you’re taking notes while you surf the net? Do you eat lunch at your desk? Do you make calls while you’re driving, and even send the occasional text, even though you know you shouldn’t?

I recognize that behavior. That’s often me. Tony follows with:

The biggest cost — assuming you don’t crash — is to your productivity. In part, that’s a simple consequence of splitting your attention, so that you’re partially engaged in multiple activities but rarely fully engaged in any one. In part, it’s because when you switch away from a primary task to do something else, you’re increasing the time it takes to finish that task by an average of 25 per cent.

That reminds me of the “good-ol’ days” in the 1980s when I was writing books and doing consulting. I would lock myself in with a project. I’d focus and get two and sometimes three hours straight concentrated productivity on one thing. All I had to do, back then, was take the damn phone wire out of the phone. I’ve always been a procrastinator, but this concentrated focus was my remedy. Wait until deadline, then dive in. Full force.

Today it takes putting the computer to sleep too.And — much  it also takes a lot of discipline. I confess. I don’t think I’ve managed to focus that well for years.