Don’t Give Your Company Away in Pieces

Too often people in startups think they’re supposed to give pieces of their company away to people who help them. They aren’t. Or they think it’s clever to pay people for services by giving away pieces of their fledgling company. It isn’t. 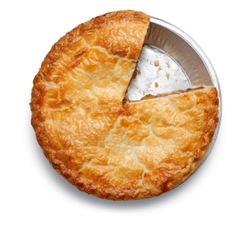 Reserve the ownership of your company — called equity — for people who are either long-term partners, critical employees, or investors. Never give equity in exchange for a short-term service. Never give equity as a favor. It’s ownership, and it lasts forever.

Unless they are people you want involved in your company, as partners, forever, then you should pay people with money, not equity.

If you don’t have the money, offer to pay them double or even triple later if you make it, and trade that for payment of one third of the value today. I have to admit I’ve never done this as a business owner, but I have taken a deal like that one or twice, as a consultant.

Pay people with percent of future revenues. About 17 years ago my business desperately needed to convert spreadsheet templates to a standalone software application. We didn’t have the money to just buy the programming, but we found a local group willing to do it for a percent of future revenue plus a small monthly guarantee to cover the costs. That worked. They made money, and we made money. But they didn’t own a percent of our company.

That new business your starting is not a cake to be sliced up into random pieces for anything but important reasons.

If you’re building a high-growth startup looking for investment, those random pieces will cause you trouble later on when you try to bring on investors.

And if you’re not building a high-growth startup for investment, then ownership in it is not likely to generate a return. Minority owners don’t get much benefit from their small stake in a stable small business, even if it’s healthy. Return comes when the business sells out to a larger business, or grows enough to become a public company. So what you end up with are partners who have no control, but do have rights, and are yours to deal with forever. Make sure you want them as partners.

And for anybody else, treat them fairly, give them a percentage of revenue until some specified total amount, give them an shot at more money later, but keep your company. You’ll need it.

One response to “Don’t Give Your Company Away in Pieces”