Do You Undervalue Marketing You Can’t Measure?

Measurability and accountability in marketing is a luxury we pretty much have now but we didn’t always have. Before the Web, we often guessed what would work, then spent the money to place the advertising or do the event or distribute the collateral. Then we waited, and hoped it was working. Then we’d guess again afterwards about whether it had worked or not.

Sure, we’d ask customers where or how they’d heard of us, but most of them didn’t know. Less than a third would even be able to answer that question. Of those, half would answer wrong (like mentioning a publication that we’d never advertised in). 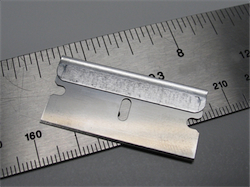 That was pretty much it in the 1980s and early 1990s. We didn’t have clicks, click-through, search terms, conversion rates, and all that. Metrics. Direct mail, which is used so much less these days, was the best for measurability and accountability; some companies used it more than other marketing tools because of that advantage.

But nowadays, here’s the rub: do we now devalue marketing efforts we can’t measure?

For example, getting mentioned in a major publication. Or being included in somebody’s book. What if those marketing wins produce a value we can’t measure? We don’t know how many people have purchased because of them. We’ll never be able to tell how many people saw the mention and then visited the website, or, better yet, bought the product. Does that make those marketing efforts less valuable? Do we start underestimating and under-using these parts of the marketing mix because we can’t produce the metrics?