Do We Want Our News Crowdsourced? 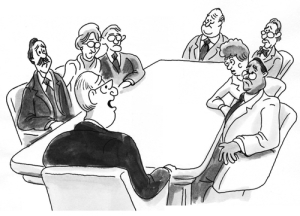 And what do we do if the Internet doesn’t disappear?

Whether we want our news crowdsourced, or not, I don’t think we have a choice. The steady onslaught of rapid information via the new technologies – digital, social media, et. al. – is happening. In the background, traditional news media get less attention (readers, viewers, web traffic) and that means less money to pay for traditional journalism. And traditional journalism costs money. What real reporters do is work.

I recently ran across Can Silicon Valley disrupt journalism if journalists hate being disrupted? by Emily Bell on The Guardian. She writes about the New Republic transforming itself from liberal magazine to new media company. And how that fits into an obvious trend:

The changes at the New Republic – and the ongoing fallout – are the latest lightning rod for the suppressed existential rage at the heart of American journalism’s chaotically mesmerising transformation. The people who now invest most in journalism come from outside the field, which disturbs and excites traditionalists in equal measure. It is the tech billionaires who are changing digital media – men like Hughes and Jeff Bezos (who bought TNR and the Washington Post, respectively), and Pierre Omidyar (who founded First Look Media), Jonah Peretti (the founder of BuzzFeed) and Ken Lerer (who’s been behind the Huffington Post, BuzzFeed, Thrillist, The Dodo and more). But will the media change with them?

She asks that question there – will the media change – and then adds why it simply has to:

It is now impossible to have social impact as a journalism organisation without digital distribution, and impossible to achieve good distribution without understanding the complexities of platforms and networks that you do not control … even if they now transmit your work. When an increasing number of Americans reach news on their phones, and 30% find their news through Facebook, so-called “legacy” journalism is over, at least as an independently constructed and distributed cultural good. So the question for Hughes, and would-be billionaire saviors like him, is what’s next.

So legacy journalism is over. I agree. I’m going to miss it. Yes, I’m biased. I was a mainstream Journalist for 10 years. I learned, practiced, and believe in traditional journalist ethics. And I still have a newspaper habit, a remnant from childhood in the 1950s and 1960s, I suppose. I read my local Eugene Register Guard every morning. And I read that newspaper not on paper but on a tablet computer, using a digital app I pay for at roughly the same price as the newspaper subscription I cancelled a few months ago.

There’s a lot about this evolving news that I like. I too really enjoy blogging and social media. I really like Buzzfeed and The Dodo, which give us in the former a different kind of news, and in the latter, a different – and obviously relevant – truth that the mainstream media wasn’t going to cover. I salute Jonah Paretti and Ken Leher for doing something worth doing. And, furthermore, I do believe some kinds of news can be reported by a crowd of people on social media. Immediate unambiguous news like a flash flood, earthquake, plane crash, or the U.S. finding Osama Bin Laden, for example, works pretty well over Twitter. So let’s deal with it. Hooray for the new world. Hooray for a cornucopia of access, for both writers and readers, to more points of view and more opinion.

However, there are some parts of this evolution that we should all be aware of, because they are dangerous. One thing I don’t like about this change is the rise of rumor and gossip at the expense of real journalism. I think we’re all new at this, so we don’t have a good sense of distinguishing between what’s being reported and confirmed and what just seems true because a lot of people are saying it. I hope we learn before real news dies.

Another thing I don’t like is the lack of a wall between news and commerce. With traditional journalism, the journalists do news and the business side sells ads to put near the news so people will see them. That’s a money transaction, yes, but in traditional journalism the people doing the news are insulated from the people selling ads. When I was writing for newspapers and magazines, back in the 1970s, that division between commerce and news was a big deal. All of us doing the news really cared about keeping that wall up. No self-respecting publication would do a favorable review in exchange for advertising revenue.

So I suggest we watch all of this as it changes, and we guard the distinctions between news, gossip, and opinion. Is that too much to ask?

(Image: shutterstock.com, the caption is mine, with a tip of my hat to this image, owned by Conde Nast, which allows a free Twitter use and has versions of it for sale as hard goods.)