Business Planning Back in the Real World

I’ll admit that writing up a business plan may seem a little archaic after you already have a business up and running—and many businesses don’t start out with business plans. Sometimes they’re just small apps that solve a problem for a few people, and they turn into a lot more than that before anyone has a chance to write a plan down—but I think it’s a critical aspect of running a business. 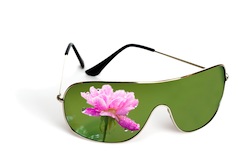 That’s from Charlie O’Donnell’s post Looking at the World Through Plan-colored Glasses on his This Is Going to Be Big blog.

Here’s more food for the same kind of thought, in his final paragraph:

Writing out plans shouldn’t feel like a chore. When executed well, plans should actually save you decision making time. When new data or opportunities come in, you can quickly go back to a plan as a reference and ask yourself, “Does this fit with the plan? No? Does this inform me that my plan should be different? No? Ok, move on…” They provide a frame of reference for monitoring your progress and enabling others to do the same. They also enable you to better delegate tasks as an entrepreneur. You’ll never be able to communicate to your team exactly what to do in every situation, but with a going strategic plan in place, the people under you will have a frame of reference which will guide them to make informed decisions on the little things that a CEO shouldn’t need to worry about.

He has a nice football analogy, at least nice if you like the sports analogies. I’ve used soccer and basketball analogies for planning as dribbling, eyes up, watching the horizon, while dealing with details. Charlie talks about how a game plan doesn’t mean every play.

More important, he writes from the point of view of an investor dealing with an entrepreneur.

The root of the issue was that both sides were lacking the lens and filter of an explicitly communicated plan. It was tough for the entrepreneur to prioritize new information, problems, and opportunities without placing them in the context of an agreed upon plan… Clearly he was working hard, but was he treading water? Without demonstrable progress towards a stated goal, it was tough to tell.