I posted here yesterday about a Jay Goltz’ “Cash is Not King” post on NYTimes. I said: 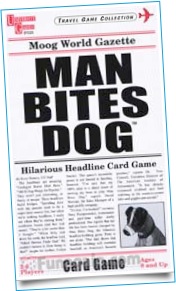 So what’s up with this? Is it just man bites dog, good journalism because it’s surprising, reversing standard wisdom?

Yes, it is: good journalism, not-so-good business writing, because it’s playing to a catchy headline. It surprises people. He contradicts the “cash is king” thing for that post, but here’s the same Jay Goltz earlier this year:

Cash flow is not the same thing as profitability. Cash gets stuck in places — inventory, receivables, fixed assets, debt repayment. Hence the lack of flow. You need to get a handle on your cash flow as well as your profitability. Companies go broke because they run out of cash. Cash is king. Cash flow is a dictator. It will dictate your success.

So true. So why did he post “cash is not king” last week? Because it works. He does make a valid point, despite the upside-down title.

This kind of thing happens a lot. Business plan bashing, for example, goes on all the time, still, because not planning is contrarian, and trendy. I posted here just a couple of months ago about how I suspect a smart person like Penelope Trunk gives bad advice on purpose, to be controversial, for the sake of blog traffic.

I don’t know that it’s even all that bad. Maybe it makes us think. I probably do it when I can, as long as I turn it around, like Jay Goltz did, by the end of the post.

I’m just saying it’s there and it happens all the time.