Build Your New Business By Doing Your Old Job Better

I know a bright, ambitious guy who didn’t have the patience to stay in school and ended up stocking retail store shelves for a major consumer products company. He stuck with that company, moved up from shelf stocking to sales, and the up again from there to sales management, and eventually, up to country manager for a subsidiary in another country. 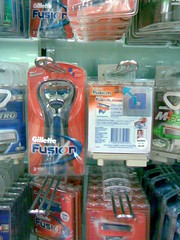 And when he started his own business, what was it? Restocking retail shelves for consumer manufacturers. Right where he started. Only in his case, he was the owner, not the employee. He made a service of doing well what needed to be done. In just five years of it he had several thousand employees, and several very important major consumer manufacturers as clients. Before he was 10 years into, he sold the company for $10 million. He now lives happily in Switzerland.

So that’s a thought for today: do your own business, not by doing something completely different, but by doing what you’re already doing, just better.