What an irony: when we all depended on a very few quasi-monopoly mainstream news media, news was more fact and less opinion. Who would have predicted that?

I suppose this is hard to believe, but when I was in Journalism grad school a few decades ago teachers, students, and even practicing journalists believed in news reporters separating what they thought was objective fact from what they knew was opinion. 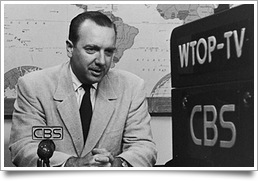 Fact vs. opinion was important to us; we discussed at length how difficult it was to truly separate subjective opinion from objective reporting. It stood like an almost-impossible ideal, given the realities of human nature. But we believed we were supposed to try. That was basic journalism ethics.

And maybe it worked so well, back then, because it had to work. Media, then like now, was business. I don’t want to rewrite history — the businesses weren’t idealists looking out for the truth, they were about commerce. But to keep their large audiences the business side had to put up with the journalists and their ethics because bonding diverse audiences with attempts at objective truth was the best way to grow and prosper. We didn’t have a thousand channels and a billion websites plus twitter. We had one or two newspapers per city and three major television networks. We might have dreamed of the choice we now have, but in the meantime, that concentration made it good business for media to focus on delivering news to as broad an audience as possible, which meant struggling for the ideal of objective fact. That created a mainstream social history that brought people into the same world together, believing in the Walter Cronkites and David Brinkleys as striving for truth not opinion.

Fast forward and here we are in a brave new world in which we all routinely dial into media dedicated to points of view, where we reinforce our opinion with like-minded opinion presented in the same format we used to use for news, parading around as objective reporting, or (gulp) facts. Now we’re all in splinter groups. We take sides as we choose our streams. Some of us find truth in one channel, others in another channel. It’s like we all live in separate worlds, each with its own set of facts.

One thing we’ve lost in the explosion of splinter media, pulverized media, infinite interest groups, is the objective voice in the middle.