(Note: I posted this first on Huffington Post, and I’m reposting here because this is my main blog. Tim)

Secret cameras, secret Web utilities tracking employees’ Web use, secret phone recording and IM monitoring: that’s creepy. That’s BIG BROTHER: the Orwellian 1984 nightmare. But bosses reading your tweets and Facebook? What’s creepy about that isn’t that bosses might do it, it’s the rest of us complaining about it. 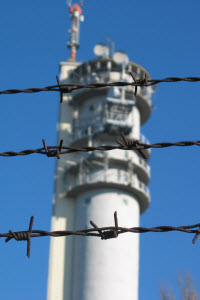 Frankly, my dear, stop complaining. Look up the definition of the verb “publish.” Because social media is publishing. Don’t be unclear on the concept.

Kudos to Deloitte LLP for doing the survey. It’s a growing issue. I noticed about a month ago, posting on SmartBlog, Drew McClellan asked: Is your social media presence really yours? She added:

A high-level ad exec puts a multimillion-dollar account at risk because of his tweet.  A long-time Eagles football team employee gets fired because of a Facebook update.  A student teacher is denied her teaching certificate for posting a picture of herself titled “drunk pirate” to her MySpace page.

Don’t tell me that your employer has no right to access, judge or discipline you based on your social media activities. It’s happening. And I suspect it’s only the beginning.

And I agree with Drew, and with the employers, and I kind of like this new development. I think it’s about authenticity. And transparency. And it’s not a bad thing. The world might need it.

I get privacy. I was a teenager in the 1960s, so of course I understand why we want protection from surveillance and rights to privacy. We grew up fearing the 1984 Big Brother nightmare. I don’t want the government or an employer listening into my conversations, putting me on hidden video, or even knowing what library books I read. That’s all the quintessential none of their business.

But privacy has absolutely nothing to do with publishing. It makes me angry. It reminds me of people complaining about caller ID on my phone — you’re intruding into my world when you call me, so don’t block your number. If you do, I won’t answer. What’s next, blocking the peephole in the hotel door because it violates the privacy of the person outside knocking?

We — we users, email addicts, Twitter lovers, website browsers, et al. — should have figured this out 10 or 15 years ago when we got immersed in email. Email was the ground breaker. It feels private, but isn’t. You think your email is private? Somebody minding your mail server can read it. And courts can demand it as evidence.

My favorite answer to this question is authenticity. Authenticity is being the same person most of the time, not different people in different contexts. For example, in his intriguing Me 2.0 book, Generation Y personal branding expert Dan Schawbel recommends using the same picture and same bio for every place you present yourself in the Twitter-Facebook-LinkedIn world.

I love the John Cleese character Basil Fawlty of Fawlty Towers. There’s great comedy as Basil tries to keep track of which lies he’s told to which characters. Isn’t that the direct opposite of authenticity? And is that who you want to be?

Samuel Johnson who once said we are all just acting out our favorite character in fiction. I like that idea. I think I see it in action a lot. And to follow it along into this new context, perhaps it’s like suggesting that you should choose which character that is, and stick with that one.

Or, to make it really simple, be yourself.  One person, the same person, everywhere. Novel idea.