I hate it when people push issues way too far, diluting their points by overextending them. Stretch your generalization net too far and you catch a lot of innocent fish along with the sharks. Do that and you kill your own argument.

For a great example of that, Jason Calacanis’ rant against startups having to pay to pitch investors. You can click here to read it. He’s very angry at businesses charging startups fees of thousand of dollars to pitch investor groups. I agree with him. I also dislike most (but not all) of the mostly-web-based listing services that charge startups hundreds of dollars to list themselves somewhere were investors will see them.

By the way, for a rant-free and more balanced discussion of the same problem, click here for Lora Kolodny’s summary on NYTimes. com. 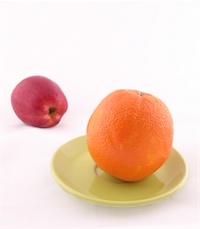 But my beef with Jason’s rant is his total lack of distinction between thousands of dollars as a pay-to-pitch fee, charged by for-profit middle-men companies, and the normal fees of tens or hundreds of dollars charged by angel investment groups as part of the pitching process. That’s like apples and oranges. And the oranges are getting smeared with the bad apples.

I read, cringing,  as Jason and his followers (in the comments) seethe with anger at entrepreneurs being forced to pay anything, in any context, to present to investors. And that’s way off base. You simply can’t lump these pitch predators and their big fees with the hundreds of angel investment groups and community organizations that charge tens or hundreds of dollars to cover real costs.  He’s got so much sound and fury, without making some important distinctions. It’s scary.

Let’s take a real-world case, one that I know well. I’m a proud member of a local angel investor group that charges the startups who enter our annual business plan competition $199. We’re not exploiting anybody. Not one of us ever sees a dime of the entry money. It goes to support the costs of the event, including the location, coffee and such, collateral. It’s controlled entirely by the organization itself, a collection of non-profit civic groups trying to contribute to small business development in our local area. Where’s the harm in that?

While a few of Jason’s commenters hint at this kind of distinction, the general feel is about as friendly as an angry mob with torches and pitchforks.

So there’s the problem. Generalize that pay-to-pitch is exploiting startups, and you make the world harder for well-meaning groups of investors that are giving startups a pretty good deal. So why not make the distinction, apply some gray tones instead of all black and white, and make a better point? Oh dear, all those nerdy pointy-headed distinctions are so undramatic.

Just to make sure, I asked a local entrepreneur, Nathan Lillegard, president of Floragenex, who describes himself as “as someone who has paid way too many fees to talk to people about my company.” He said:

“A truly dedicated entrepreneur finds just as much value in the experience of pitching as in the investment payoff. If an event, like the WAC can help startups improve their pitch, enhance their skills, and make at least one useful connection, then it’s worth a small fee to participate. If, on the other hand, all that the entrepreneur gets is a quiet crowd and no feedback nor chance to network, then I wouldn’t pay $1 for the privilege of talking to a room full of people with money.  Caveat Emptor! It’s up to the entrepreneur to know that there is a cost to raising money and these types of events can be a very efficient way to meet lots of potential investors, just one of which can change their world as they know it.”

And if you’re a startup anywhere in Oregon, especially in the southern Willamette Valley, and you have an interesting business with a good chance to grow, and a real exit strategy, then pay no attention to that angry man behind the curtain, and please apply to pitch to the Willamette Angel Conference. And yes, it will cost you $199.