An Old New Channel for Software

When I was a market researcher think-tank person, in the early 1980s, I predicted that bookstores would be a natural channel for software. Twenty-some years later, I was wrong and I’ve been wrong for decades. I hate that. But here’s a new twist, which might make me right (although still wrong, because 25 years later doesn’t really count. That’s along the lines of the dead clock being right twice a day.).

Imagine you’re browsing at Borders, the bookstore, or one of the competitors. Do you look for software? Would you, if software were there? How about browsing for software when you’re stuck in a long-connection limbo at an airport?

Did you ever see a software kiosk? They had them in the 80s in some early computer stores, and they tried them again in the 1990s. Our software was in an experiment with Kiosks in CompUSA at one point.

The idea was about having a large selection without taking up shelf space and clogging inventory. But it didn’t work. I think the problem was that people liked to browse the shelves, and see the packages. Pick up the package, look at it, take it to the counter, pay, take it home, install. Or so it seemed to go.

So I was intrigued to see a new variation on this idea, one which combines the browsing function with the rapid-inventory convenience, coming up in London. during my visit earlier this month I met with Daniel Doll-Steinberg and others at Tribeka Ltd, which is the inventor of this new software channel. It’s already in Heathrow airport, and will be up soon in Borders. 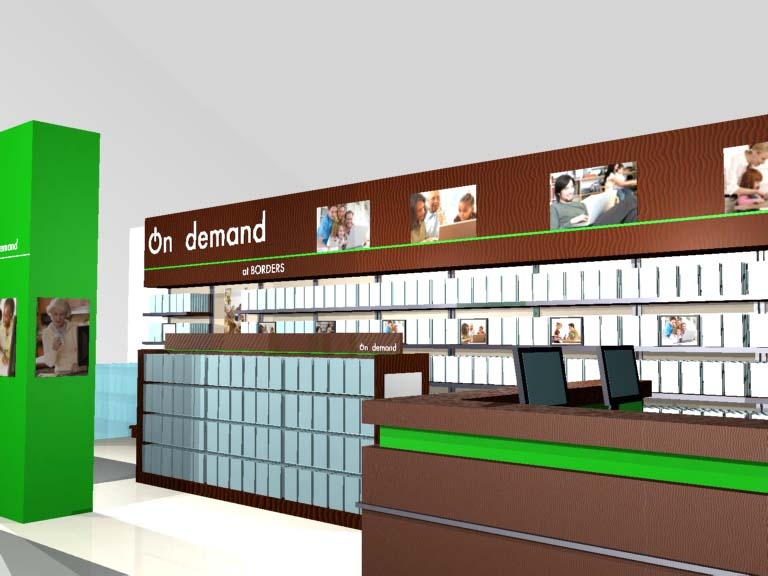 The idea is that lots of titles are on display, for browsing, in their smaller dvd-case sized packaging. You go to the counter and as you pay for your selections, the system in the background creates the master install disk. So the store can carry a very large selection, you get to browse, and you still go home — or onto your plane — with the software package in hand.

So you get to preserve the benefit of browsing and packaging, while also having the efficiency of instant inventory on demand.

There’s a new test going up soon in the Oxford Street London store of Borders. This one will be like a store within a store, offering software to Borders browsers in one of its larger, more well-trafficked stores. The Borders test location will offer 1,500 titles. 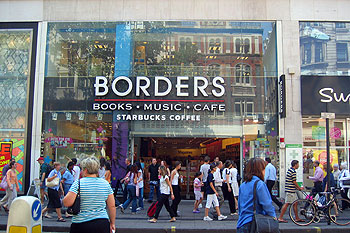