You’re on a freeway in the right lane, bumper to bumper traffic, waiting, taking your turn, part of a long line of stopped cars waiting for a clogged exit to the right. How do you feel about the clown who happily rides up the middle lane to the front of the line and then pushes in? What, you and the rest of the poor sods waiting patiently were too stupid to think about that?

That’s typical of a certain kind of selfishness that also insults the intelligence of the people who had the social grace to take turns. You see it with cutting in line at theaters, restaurants, and in a lot of traffic situations. 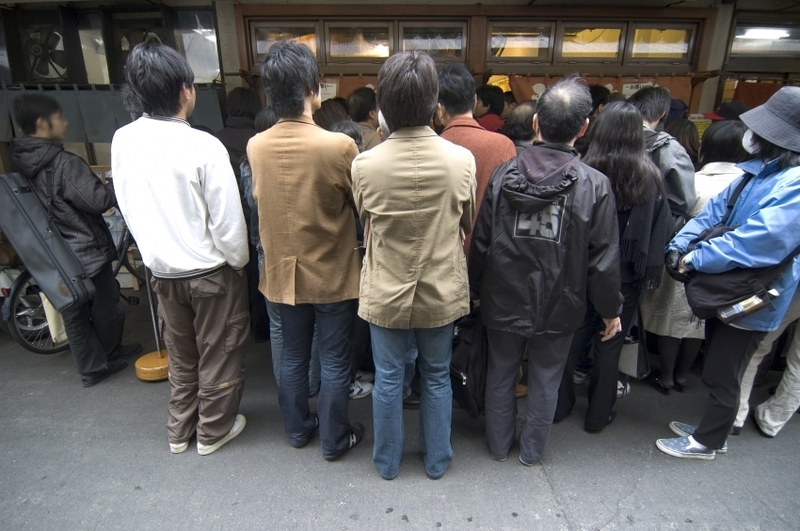 Why is it that in some cities (Tokyo, for example, and London) people queue up politely and wait their turn for things, and in other cities people crowd and push? Why do people wait politely in line to get into It’s a Bugs Life (in Disney World) and then push and squeeze in front in the lobby to go get their seats?

Garret Hardin published Tragedy of the Commons in 1968. The social problems of collective action for collective good and the freerider variant go back to prehistoric times. The original reference is to common livestock grazing lands, which can be destroyed by overgrazing. What to do about the boor who doesn’t take turns, who loads up unfairly, who threatens the common good?

These days the major incarnation of the tragedy of the commons is what Al Gore summed up as An Inconvenient Truth. Global warning is clearly affected by lots of individuals having trouble sacrificing small individual convenience for large collective good. A tip of the hat to hypocrisies, of course, in as much as I’m writing this, and you’re probably reading this, in an air conditioned office.   However, that’s not really my subject today, I just use it to make a point.

I’m angry at the people who are fouling up our communications, our Internet, our bandwidth with selfish free-rider boorish pollution.

It starts with spam. Is there any hope that spamming, even with its apparent lack of variable cost per message, will become unprofitable? I’m relatively well filtered between Postini and Cloudmark, but I do have to wade into the spam cesspool occasionally to retrieve a lost email. When I do I’m amazed at the volume of sludge that runs into my email. Does anybody ever click on these ugly messages? How do spammers make money? It’s shocking to think that spam volume grows when the pitches are so brazenly stupid.

Still, the volume of spam emails is growing. Michael Specter in Annals of Technology: Damn Spam: Reporting & Essays: The New Yorker says it was 5% of email volume in 2001, 70% in 2004, and is approaching 90% of all email today. Can that be true? Is there no relief in sight? And doesn’t that mean that spammers are making money?

And a few months ago we had the blog payola scandal, with PayPerPost and others exposed for paying for good reviews in blogs. Are blog plugs credible? Does disclosure solve the problem? Wouldn’t you like to have blog comments plugging your product? 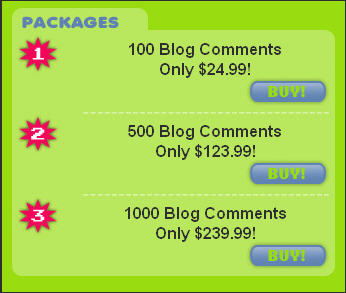 This behavior isn’t harmless. Steve King at Small Biz Labs cites research showing that people trust supposedly unbiased reviews. Even, apparently, when they are far from unbiased. His post points out that Wal-Mart recently opened its site to reviews, following the footsteps of several other major retailers. Do a blog search on Wal-Mart Reviews and you’ll see the fake reviewers gathering, masked in sheep’s clothing.

Lately we have a new variation on that theme, what Wired calls the Dark Side of Crowdsourcing. The Wired story focuses on Subvert and Profit, which sells social media goodies including Diggs, comments, and the like. That one has several competitors.  Frankly, the idea is attractive. I have a budget, I can buy my way to Digg and StumbleUpon and the rest. Instant success. Buy 1,000 diggs for your post for about $1,000. Very tempting.

So there, as a short summary, we have our own problem of tragedy of the commons as a dark cloud settling over social media. Collective good falls to individual gains.

Do I want the government to wade further into these waters and fix any of this? No. First because it won’t work, given that the Internet is international. Second, because in my experience regulation doesn’t work very well.  Third, because it seems to me — and I’m not an attorney, I’m just going on common knowledge and too much TV — that  the laws about fraud are already on the books. I don’t see enforcement coming, and I don’t know that I even want our beleaguered governments worrying about this.

Sometimes I think that people who believe those spam ads deserve to be fleeced. Unfortunately, however, that means the spam ads continue. If there is anybody here who is clicking on any emails offering pre-approved mortgage refinance, larger body parts, or pharmaceuticals, please stop.

What about a slow fade for lack of commercial success? I’d like to hope that will help, but it’s slow coming. I believe it was Bill Gates who said in 2004 that spam would be, to a large part, resolved by 2006. That’s obviously not true.

I’d like to think that junk mail hit a peak volume in the early 1990s and then slowly declined as the commercial yields declined. That would be a good model for the end of spam. Unfortunately, spam doesn’t have variable cost like junk mail does, so it could survive more easily.

Still, all things considered, I doubt there is a solution. If there is one, I vote for something else I saw from Steve King, a review of the long-term value of integrity in marketing (quoting Advertising Age, which requires registration). I think his conclusion — “The local Internet will also result in substantially more scrutiny of small business marketing claims as well as small business product and service quality” — is optimistic. I hope he’s right, and I hope that scrutiny turns the tide back. And I hope that’s scrutiny by us, the buyers, the users, the consumers.