You don’t think finance and accounting matter in small business? Here’s a true story, and it’s about a small business like the ones I write about, in fact one I was involved in, not a large publicly traded company. $3 million worth of assets went missing, but nobody took them. Where do you think they went? Let’s hope this accounting nightmare doesn’t come up in your business.

I know, that seems like standard large-company stock market stuff, but here’s a true story of Creative Strategies International, which was then a medium-sized high-tech research and consulting company owned by Business International and based in San Jose, CA. Call it CSI. I should add that this story preceded the change in ownership to the Creative Strategies that is now the brainchild of Tim Bajarin, still exists, and is still in San Jose, CA.

I need to emphasize this, because I like Tim Bajarin and he’s done a great job with the company since he took it over. I’m pretty sure the corporate entity even changed, I know the ownership changed, so I assume there’s no harm in telling an old story. And I think there might be a lesson here.

Shortly after I started to work there, the New York parent company audieted. And, as you suspect from reading the title of this post, assets were missing. In fact, quite a sizable chunk of assets. In a company of 20 or so employees, selling $4 million or so per year, roughly $3 million worth of assets had disappeared.

Needless to say, the parent company was not amused. But there was no theft, no embezzlement, just bad accounting.

What do you think happened? Of course you have no idea, but let me give you a hint first, then think about it. The assets were accumulated research, not chairs or tables or computers or gold bullion, but research. Does that tell you the answer?

It turned out that CSI created what we called group studies, research studies that we’d design to cover some interesting new market in high tech, develop, finish, and then sell to multiple buyers. For example, a study in telecommunications would be created and developed and sold to 10 or 20 or more companies in the telecommunications markets. If you could sell a study that cost $25,000 to 20 companies for $5,000 each, they got a good study — market forecasts, competitive analysis, etc. — at a great price, and CSI made a healthy profit. 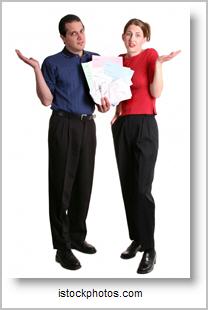 So have you figured this out? As the studies were created and developed, consultants were paid real money to research markets. They took real checks home and cashed them and paid mortgages and things. They also took planes to places and interviewed people, and purchased some secondary research, sometimes developed primary research, all of which cost money.

All of this spending should have been expensed as product development expense. It was just like computer programming in terms of tax treatment and standard accounting. You aren’t really building an asset, you’re incurring an expense. Product development is almost always an expense, even though it sometimes generates technology that goes into products that get sold for money.

Somebody doing the numbers assumed that since this would be cost of sales when the studies were finished and sold, and instead of calling this money development expense and subtracting it from profits, they’d call it assets, as if it were inventory, and subtract it from profits as direct costs.

It may have seemed logical at the time, but over time many of those group studies were started but not sold. If the sales were disappointing, instead of spending the full $25,000 and finishing the study when only two clients signed up for $5,000 each, they’d just dump the project.

And there’s the rub: nobody went back to those supposed assets, the accumulated investment in product, and wrote it off. It remained on the books as assets, for several years, until the parent company audited. Nobody had purposely or intentionally done anything wrong, there was no fraud, no charges, no money recovered; just several very unhappy people.

I guess I’m some kind of weirdo, particularly as I was a literature major and journalist-writer before I got into business, but I like the business numbers and I think they’re important. Maybe it’s from stories like this one. No, I wasn’t the accountant, I was one of the researchers, but I was also a vice president and those were bad times for all of us, not just the bookkeeper.