Let’s say you’re involved in social media for your business and you’re the victim of a social-media attack. Somebody you don’t really know singles 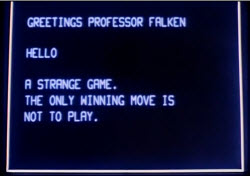 you out because he’s mad at your company, or had a bad day, or whatever; and launches an attack out of the blue, mentions you and the company you work for, and claims you treated him badly. Ouch.

So you’re just doing your job, doing your best, dealing with a lot of people at once, and suddenly somebody targets you. They are messing with your business reputation. It happens a lot. People whose job involves dealing with a lot of people do become the target of personal anger that’s really directed at the company, the situation, or life itself (sometimes it’s one of those bad day things, a last straw situation) and it ends up feeling really rotten, like having an enemy for no good reason.

So let’s say that has happened. You’ve been blindsided by one of these attacks. What do you do now?

Remind yourself that the meanness usually shows. Assume you’re dealing with an idiot. At least the smart people who encounter one of these attacks will see through it. They’ll click links to see where it started. They’ll see the malice if they look.

I know this is hard. We talk about thick skin, but jeesh! People can be really mean sometimes. Why do they take their anger out on you? Remember that if part of your job is dealing with a lot of people, then these things come with the territory. You have to have thick skin about it because if it spoils your day then that’s bad for your health on the long term and it makes you unhappy. The idiot had the power to make you stop and think about a response. That’s all. Don’t give him the power to ruin your day, or even your hour. He ruined your moment. That’s all.

3. Decide whether or not to respond.

Sometimes the most eloquent response is silence. Be careful, though, because more often than not, silence gives the wrong impression. And it might even be bad for your health too.

Remind yourself that you can’t argue in social media. Like it or not, what you put in Twitter or Facebook is publishing, and it lives forever. Angry words are not biodegradable.  Like in the movie War Games, the only winning move is not to play (by the way, you can click the picture up above for the Youtube video, or just scroll down).

4.  Settle your anger and hurt first, then respond professionally.

If you should respond, take your time, be careful, clear your head first, and give a single response you can live with forever. Don’t argue, apologize. If an apology makes sense – don’t take it personally, this is business, you didn’t mean to offend, you didn’t realize, it was accidental, part of your job – make it a clear, clean apology that covers the whole issue. Make it one you can live with, without further comment, forever. Make it a response that shows the world that this was one-sided only.

Don’t get mad, get even. Expose the idiot by staying professional and not engaging.

5. Then forget about it. Let it go. Get on with your day.

If you like this job, and you like dealing with people, then of course this hurt your feelings, but you have to get over it or it continues to hurt your feelings. The idiot spoiled your moment, and that’s his fault; but if you brood over it or stay angry or hurt, then that’s your fault. Because what happens now is in your control. You can minimize the damage, or not.

And for extra credit…

Even though it’s been more than a year now since I wrote my 18-point Twitter Etiquette Primer, I believe all of it as much or more now. I did have “don’t argue with people in Twitter,” but I didn’t have “don’t use Twitter as a weapon, a threat for blackmail, or for venting.”

Have you seen that bumper sticker that says “mean people suck?” What do you think of people who blindside other people by broadcasting personal complaints on social media? Pie in the face might be funny when the Three Stooges do it in black and white film, but mud in the face in social media isn’t. It’s meanness multiplied by social media influence.

0 responses to “5 Steps for Dealing with Social Media Malice”